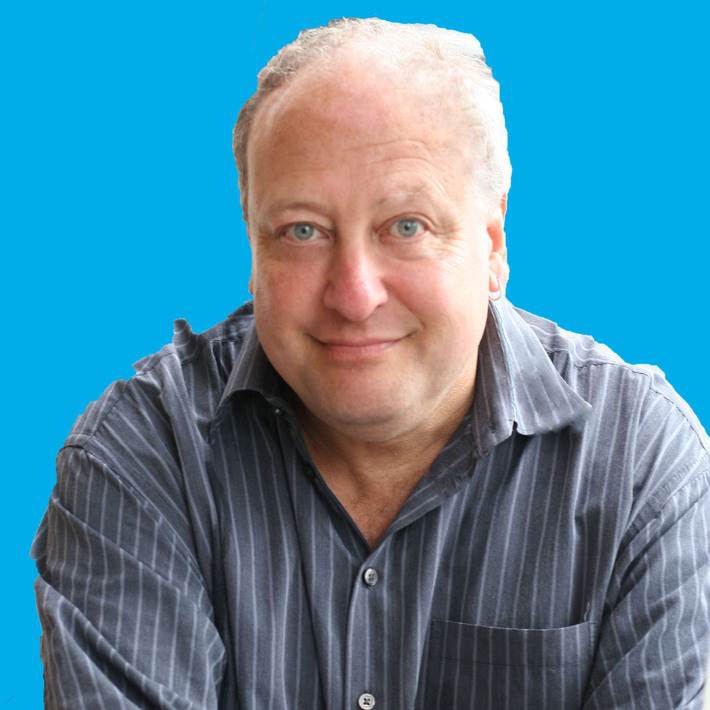 jeff herman has not received any gifts yet

Company Name if any
the jeff herman agency

What do you do?
Writer, Agent

What school did you attend?
syracuse university

What is your hometown?
great neck, ny

What are some of your interests?
Writing, Reading, Animals, Outdoors, Spirituality, Politics, Technology

When and where you were born: December 7, 1958, North Shore Hospital, Manhasset, NY.

Your professional history: Post-college in the early 1980s, Disco died. But that really has nothing to do with my career because I didn’t dance and feared crowded noisy rooms. Some people I knew were making a lot of money on Wall Street or in real estate. It seemed like you couldn’t lose at either, especially if you were young and hyper. And everybody wore expensive suits and shoes in those days. Facial hair and asymetrical haircuts were rare. But none of that has anything to do with my career either. I bounced around a variety of jobs in public relations, and hired myself at 26 to be a literary agent, and then stayed that way. Because I didn’t have first-hand experiencee or a mentor, I was able to make a litany of unvolitional mistakes that generated positive results, as mistakes often will. Sometimes I did things the correct way, but that didn’t always work out so well. One day I got married and started to have obligations beyond my own immediate needs and had to modify my risks. Skip ahead to 2011, 52 years old. Disco remains dead. I’m still happily married. Crew cuts are cool, even though I don’t think so. My business is a good one and I’m happy to go to work most days.

Your personal interests/hobbies: I sing (not well) and speak nonsense to dogs, cats, crows, squirrels, or whatever creatures stand still to listen without trying to have me arrested. I don’t know if they say anything in return, but I’m confident that I’m heard even if not understood, which is about the way it usually is with most conversations. This is the closest I can come to what might resemble a hobby.

The subjects and categories you tend to agent: I deal with many areas of nonfiction, especially if it regards a practical, Earth-based topic, or something that makes people’s eyes go big for a few moments.

What writers shouldn’t even try pitching to you: I don’t comprehend poetry.

What would you have been, or be, if not an agent: Something else.

Do you charge fees or offer fee-based services: Charging fees would be easy and lucrative, but then I would have to keep performing specific tasks of equal value in return, or else keep changing my name and address. Either way, it seems easier not to charge fees.

Why did you choose to become an agent and how did it happen: Well, like I said above, plus I really like ideas and thinking about things, and structuring deals, and being around positive passion.

How do you really feel about writers: I like that they want to express themselves in a way that is perpetual, maybe even eternal. Their words make impressions that bring forth more words, thoughts, and deeds by others. Writers help expand the universe.

Describe your job to a visitor from another planet, or a moron you just met at a bar: I help people make statements that benefit other people, or at least that other people will pay for.

What are your favorite books, TV shows, movies, and why: I like most zombie movies, because the idea of eating another person’s living body without remorse, shame, or indigestion is fascinating. I’m intrigued by the raw undefined force that makes them do that. And I like it when serene suburban neighborhoods suddenly erupt into an orgy of zombies eating their still un-zombie neighbors. It seems like it should be something that could actually happen anywhere once in a while. Maybe it does. Maintaining the illusion of sanity and social equilibrium requires too much energy. Horror, especially when real, is the canary.

Describe the writer/client from hell: People who resent others for not being controlled or manipulated. People who lie to themselves.

Describe yourself: Just watching and waiting while I work and live; like everyone else. Being creative is more interesting than simply getting stuff done. I like reading because it enables me to talk to myself through other people who aren’t there without having to go crazy. It’s a kind of internal telepathic conveyance because we can consume information without using our ears or mouths, as is writing.

Describe the publisher and/or editor from hell: When someone is deceptive, intentionally destructive, or deliberately unaccountable for the dissonance they sow.

Describe hell: Whatever is seriously unpleasant can qualify, at least for that moment. On the other hand, it’s possible that some people are satisfied with a situation that is seemingly hellish. And then there are those who can bring hell to others through the toxins they deliver, but that can be entirely transient and temporal, like a nasty oil spill. I suppose hoplessness, and absolute apathy and resignation, also qualify. Pushing back, even against seemingly dismal odds, can at least provide a constructive intent and purpose to exist.

What are your preferred ways for writers to pitch you: Anyway they dare, but I hope they know I care, even when I seem unaware, because my cupboard of time is so bare I ask them to beware that as I prevail within my little lair, that time can be too rare for me to seem as if I’m always fair. But do not despair—Hares may be fast but often go nowhere.

Do you think the e-readers and similar devices will significantly change the publishing business: Yes. I’m not sure large traditional publishing infrastructures are able to quickly adapt to new economic models that emerging technologies are imposing on the marketplace, and I don’t think they internally understand what’s happening. Intellectual products are becoming entirely non-physical, and per-unit pricing and collection methods are unsettled.

Are you optimistic, pessimistic, neutral, or catatonic about the book business into the knowable future: Optimistic. Especially if some of the large houses and book chains begin to wobble, because good innovations will likely displace them and/or their methodologies.

Describe a book you might like writing: That book would challenge the readers to release everything they believe and replace it with the truth. However, I don’t have enough content for even the first sentence, so it obviously wouldn’t be nearly long enough.

Do you think some/most of these questions are stupid: I don’t think they’re stupid for the simple reason that they elicit answers, which creates paths to somewhere.

PERHAPS YOU SHOULD LEAVE YOUR WORK AT PEOPLE'S FRONT DOORS . . .

Geoffrey Rush is a prolific actor most recently known for his role as the speech therapist in THE KING'S SPEECH. He personally spearheaded the film's production after reading the script, which someone simply left at his front door. Mr. Rush divulged this in response to a softball question about how he came upon the idea for the extremely successful movie. But he now seems to regret being so transparent because his front door is being deluged with unsolicited treatments and scripts. He could…

NO EASY DAY, to be published by Dutton in a few days, is already a #1 seller. The author alleges to be the member of the Seal team that killed Osama Ben Laden in May 2011. He contradicts Mr. Obama, who of course wasn't there, by claiming that Mr. Osama was unarmed and nonbelligerent, but that it made sense to kill him anyway because he might have been booby trapped.

On the face of it, the above scenario sounds perfectly plausible and lends itself to good reading if well told. But…

THE TRUTH ABOUT SLUSH PILES

How does it feel? The product of your blood, sweat and tears (maybe not the blood), is relegated to a place called the Slush Pile. Does that humiliate you, make you angry, depressed? Or do you simply accept that's the way it is? A slush pile is a place of frustration, containment, stasis, and sometimes literal decomposition. But much more importantly, the pile is also a Garden of Eden from which new realities will be spawned.

Let's start with good news, because it's the polite thing to do. You might be homeless and dining at food pantries, but you still might be able to pan-handle enough dough today to self-publish your book. Really. And once it's available through online retailers or third-party web sites, the sky's the limit as to how many copies you might sell. Hundreds-of-thousands of books will be self-published this year. That's wonderful. It's like everyone can have their own TV channel.

Hi Jeff-  I don't wish to come across like a whinning pest, however I'm having some difficulty getting any response from some of our leaders. 2 months ago I emailed a query to Deborah and a followup email a month later.  In between I was having some difficulty with the BpWiz sight with the listed New Age publishers not wishing to entertain New Age fiction. David Borish quickly emailed me back and instructed me to contact Deborah, he cc'd her as well.  When I responded to David about not hearing from Deborah, he never responded again.  I'm not a complainer I'm just trying to understand whether it's something I've done or didn't do that's causing a lack of response.

Thanks for your help and understanding, I'm just a guy trying to find a home for a beautiful story.  Take care- Ron Lombardo

Hey Jeff! Great website!  I'm actually working on some scripts at the moment and still trying to revamp the dance book I was working on before... almost done - really this time haha!

Regarding Knox, IMO  time is a big factor. Also, Europeans, Italians in particular spend a lot less buying books than Americans and e-book is still a novelty in Italy. But, hey, more power to her.

Hi Jeff. Thanks for the add. I look forward to interacting more with you.

Thanks for the nice compliment Jeff.  I truly appreciate it, especially now that my career has taken some outrageous turns. As a theater critic I am no longer being called "the nice one" by my colleagues (I hadn't known they'd given me that nickname). As a poet I am getting some respect and through my work at the Edna St. Vincent Millay Society I've been able to spread the possibilities for exposure and publication around. My novel has gotten some terrific reviews. NOW, if I could just find an agent. . . .who knows where I might show up next.

Thanks for welcoming me. I entered the agents network since I am looking for agents. It has been more than four years that I am hunting for someone to publish my debut novel, which I have been told has a good potential. Sometimes I wonder if my last name has to be a Puzo or a Sheldon to be published.

I have many stories in  my mind, but I am afraid to tell them 'cause I am not encouraged with the responses (or the lack of them) that I have seen from publishers. I hope you treat this as an SOS.

Hi Jeff. Thanks for the welcome. I look forward to watching your site grow and prosper. I will enjoy being a part of that.

Hi Jeff. This is Calvin Clawson. Are you still my agent? (You keep sending me royalties for Conquering Math Phobia!)

'I don't comprehend poetry.' That is really funny. Thanks for the belly laugh and thanks for launching WAE.