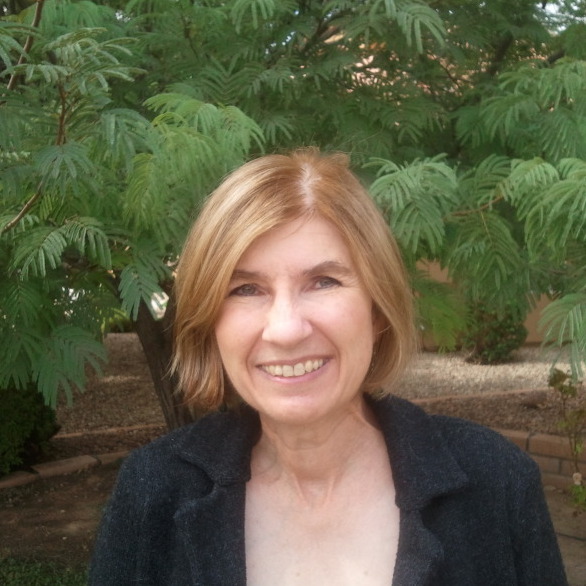 Jeanne Lyet Gassman has not received any gifts yet

What do you do?
Writer, Freelance Editor

What school did you attend?
Vermont College of Fine Arts

What is your hometown?
Peoria, AZ

What are some of your interests?
Music, Writing, Reading, Animals, Spirituality, Travel

My novel, Blood of a Stone, is forthcoming from Tuscany Press in the fall of 2014. Set in first century Palestine, it's the story of a slave named Demetrios who murders his abusive Roman master and creates a new life and new identity in Galilee. When Demetrios discovers his secrets have been exposed, he sets out to silence those who have betrayed him but finds love and redemption instead. Note: This novel was a semi-finalist for the Santa Fe Writers Project Prize, a semi-finalist for the Faulkner Pirate's Alley Novel Prize, and a finalist for the Tuscany Novel Prize.

Work-in-progress: THE DOUBLE SUN, literary novel about a family of downwinders (people adversely affected by radioactive fallout from atomic testing in Nevada). Story spans almost 30 years and explores how their lives were closely intertwined with the nuclear industry.

MFA in Writing from Vermont College of Fine Arts

Awards include: fellowships from Ragdale, the Arizona Commission on the Arts, Creative Capital as well as individual awards for my short fiction from various competitions

My work has been published in Red Savina Review, The Museum of Americana, Walking Is Still Honest, WOW! (first place flash fiction award), Switchback, Barrelhouse 10, LQQK, and Literary Mama, among others. I have work forthcoming in the Mother Knows Best anthology from Infinite Acacia and Hermeneutic Chaos.

In addition to my writing, I work as a freelance editor and conduct writing workshops for libraries and community groups.

In addition to teaching and writing, I manage a blog, Jeanne's Writing Desk,  that posts opportunities for writers: calls for submission, contests, grants, residencies, and more.

Welcome to WAENet. Make sure to upload a profile pic and take advantage of the groups and discussions we have on the site. We would love to know more about your interests.