What do you do?
Writer, Other

What is your hometown?
New York

What are some of your interests?
Music, Writing, Reading, Travel, Technology

David Borish has not received any gifts yet

Give David Borish a Gift

A successful entrepreneur, David has created several innovative companies in industries such as franchise, finance, crowdfunding, and mobile. In 2008, David founded the first security-based loan originating company, which aggregated loan products from most major banks and enabled borrowers to get the best terms possible on loans using their securities portfolio. The company grew quickly and was acquired by a private equity group in 2010.

Over the last decade, David has become a sought after speaker on topics of business innovation and crowd funding. His companies have been featured in media such as Forbes Magazine, Inc, TechCrunch, and Entrepreneur, as well as on CNBC and Fox Business.

In 2014 David co-founded Moguls Mobile by Daymond John (co-star of ABC’s hit television series Shark Tank) a line of fashionable and function mobile accessories which have been featured on HSN and sold in retailers worldwide.

In 2016 David launched a patent pending technology to control professional high-speed video on a smartphone or tablet called neo - slow motion on demand. neo has both a standard and 360° / virtual reality player to give the user complete control over the video they are watching.

WAE Network and BP Wiz were created to fill a void in the publishing space. It all started when founder of BP Wiz, David Borish, wanted a software to help him write his book proposal and there wasn't one on the market. The WAE Network was created after Co-Founder Jeff Herman realized the significance of having an online network that brought writers, agents and editors…
Continue 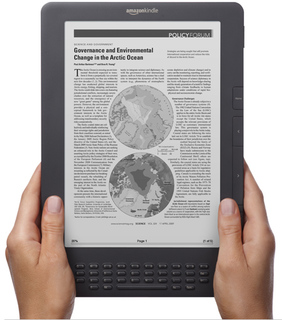 With the recent backlash from the major Publishing houses about Amazon's lending library, Amazon launches KDP Select a fund that will actually give Authors and Publishers a share of the 6 Million dollar fund for giving Amazon a 90 day exclusivity on their books and allow the books to then be checked out through … 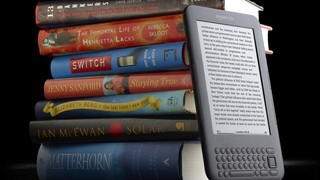 If you happen to read any of the technology related websites or magazines, you have surely come across articles like this one "…

Welcome to the WAE Network!

Welcome to the WAE Network, WAE Network is the brainchild of Jeff Herman, a 26 year veteran literary agent and Author of to The Jeff Herman's Guide to Book Publishers, Editors, & Literary Agents

WAE Network is the first Social Network for Writers, Agents & Editors. Sign up now for the opportunity to interact with agents and…

You have certainly set the bar high with your WAE page. Very informative and inviting. I am going to a workshop 1-21 with Ian Huckabee, Social Media: The Web Ahead for Writers, at the Farm at Weathers Creek. weatherscreek.net  It's my first workshop on platform building and I can see I'll learn about here at WAE also.

Thanks, David. I like your thinking and will enjoy our relationship, no doubt, as I'm half way through a novel on human transformation potential. Good luck.

Thanks for the invite:)

I signed up for WAENET as soon as I saw it.  I'm looking forward to what it has in store for all of us unpublished authors, as well as hearing from some of the accomplished ones.  Also hoping to see some hints from agent and editors on how to get one.

I am or at the very least, did attempt the sign up for the WAE prior to the launch, complements of Deb Herman, I do have a long way to go to understanding how all this works.   So here I am, in the right spot, at the right time, willing to learn.

Thanks, David! I'll check it out. Your track record is quite impressive. I feel honored to count you as a friend on this network.

Thanks for the friend invite... I look forward to learning more about WAE... All the best

Thanks for the friending, David. Good start to the experience here. Nice end to the evening. Thoughtful too. Best wishes for the holidays and beyond. ~Leslie

Thanks for adding me, but I already signed up at WAE a while ago :D Awesome though that you added me anyway <3

Actually, I did sign up for WAE, so I'm already a member, but, again, thanks for the friend invite.