Escape to new worlds and scientific possibilities in this group for sci-fi and fantasy writers. Share your work, your ideas, your experience and artwork. This is a worldwide group for those who write, represent, edit, read, draw, and produce  in this genre.

We are looking for a moderator for this group. We want to know more about this genre and what your challenges are in writing it and in getting it published. Where do you go to meet with like minded people? Where do you learn your craft? What are good blogs and resources that we can share here for other Sci Fi and Fantasy enthusiasts. Would this include the entire UFO phenomenon or is that another category? We want to know about you so we can assure you have whatever information and resources you need to reach your goals. Thank you for being valued members of WAENetwork.

Writing Time Travel that Reflects the New Reality of the Science

I'll be offering consulting services for writers who want to write compelling time travel fiction that reflects the current scientific developments which rule out such usual elements as paradoxes,…Continue

What do you think of Black Mirror?

We are always looking for new series to binge watch. There are a few new series following…Continue

How do you market your work?

Does Science Fiction and Fantasy rely heavily on your relationships with a fan base? How do you find that group of people who form the core of your following? Do you attend conventions and other…Continue

Is it difficult to find publishers for Sci Fi and Fantasy? What are your challenges?

We know there are many challenges in the traditional publishing arena. Do these challenges differ for writers in this genre? Who are your success stories and how do they succeed? Is it luck? Is it…Continue

You need to be a member of Science Fiction and Fantasy to add comments!

I have a little holiday Sf short story I wrote some years ago, currently posted on my site at http://members.tripod.com/~dr-strange/redsuit.html

It's called "The Man In The Red Suit" and is...  well, an unusual Xmas story.

Hi all, thank you for contributing to the group. I am looking forward to learning more about what you are writing. I have always loved sci fi. I took a seminar on sci fi back in college that turned out to be one of my most interesting literature classes. I love the classics and look forward to the twilight zone marathons on New Year's eve. Joe, thank you for generously sharing your worksheets. I will make sure to take a look and will add your satire to my holiday reading list. Inspiration to all and happy holidays!!

I like speculative fiction, particularly that which is not concerned with the usual boundaries of the sf/fantasy genre but draws from it to take the imaginative and magical into the humanistic/realistic world of the literary.

I'm a sci-fi satire novel writer (I also write for films, TV and games). I like Kurt Vonnegut, Douglas Adams, Terry Pratchett (but - who doesn't? :)

I also love `straight' sci fi, such as HG Wells, Michael Crichton and others.

PS - Jan - I have a (free) Textbook/Workbook for Writers - which has some very useful Worksheets - when creating a new Narrative/World:

(It's aimed at Screenwriters, but - equally applies to all Narrative, ie Novels, Short Stories,TV, Games etc)

Personally - I usually start by filling out all those worksheets... And - they then inspire me in different directions (creating worlds with: Races (eg `Alien' or Human), Science, Religions, Societies, Flora & Fauna, Architectural & Vehicle Design styles, Languages, Humour & Types of it, Gravity strength (that influences biology), weather patterns, astrological mythology, History, Politics, Sports, and Toys. Also, Music. And Art. And Literature. Also, if they have guns/weapons, what are the details are they projectiles, ray-guns or laser-guns? And what about Romance? How is it done, what are the courtship traditions? Do people date? Is this society monogamous or polygamous? Have they `invented/discovered' flight, space and time travel yet? If not, why not? And what about free stuff? Is electricity free? eg like Nikola Tesla tried to do on Earth.) Who are the Good Guys and who are the Bad Guys, and how is that actually decided, ie - from whose perspective? Is Religion the ethical divider? (eg Christians vs Buddhists) - Have there been any defining historical land, sea or air-wars in this world's history? Do they have advertising? DO they have Communism, Fascism, Anarchy and Capitalism? Or maybe just Mark Twain's single-tax system? How does death work, do they have funerals and burn the remains or do something weird like eat the body. Do they worship nature like Avatar, or The Force like Star Wars, is anybody so far evolved they have supercool skills like telepathy, and telekinesis? And if so, do people act paranoid all the time, like somebody is reading their thoughts? Is the government good or evil? Is there a Messiah hanging around, doing miracles? Have they had their `Freud vs Jung' feud, what do they know about psychology? Is their life based on silicon instead of Carbon, Hydrogen, Oxygen and Nitrogen? Have they killed all their whales, and now - they grow cloned whales in a large underground whale-farm? etc. Have they communicated with aliens? Is their entire planet's culture based around the worship of shoes? Are all the houses and churches and stuff built in the shape of a giant shoe, all waiting for the return of the Great Foot From The Sky?

Also, I watch Lord of the Rings and Star Wars, Harry Potter and Avatar over - and check what they covered. (As you can see, they clearly missed a few tricks...)

It's all about having a `Point of Difference' really.

Also, it's all about the zeitgeist...! Tolkein ripped off "Hitler making the Aryan super-race" (in Saruman making those Uruk-hai super-warrior dudes), James Cameron (apparently) knocked off  `Pocahontas' lore for Avatar (and worked in a Greenie/Environmental/Conservation theme), George Lucas used Asimov's Foundation trilogy and Buck Rogers and Flash Gordon (plus Kurosawa's film The Hidden Fortress). And Harry Potter uses traditional magic lore. So like a good chef, it's all about `hiding your secret sauces'. Le Guin used biology as spaceships...

If you aim to reach a mass market, I would suggest: take "something old, something new, something blatantly-stolen, and something blue." ie Darwin combined Anthropology and Maths to arrive at Evolution. Creativity (according to Mike Csikzentmihalyi) is "putting 2 things together that are an unusual combination."

So, I would suggest, pick a lost civilization of earth (eg the Mayans, or Egyptians) and use their culture/history/vibe as a `template' - and then add your own original "new thing/spin"... Whatever that may be. But - disguise it - so it has a `faint resonance', ie - Is not an `obvious derivation' of Mayan culture.

Anyway the zeitgeist right now (according to, er me) is that in 2012 the world is ending...

Also, that all CEOs are secret psychopaths (ie "profits before people").

So you could throw those 2 things together: a fantasy-world / alien-society / parallel universe - say - where psychopaths rule (say, neo-Mayan) Religion.

Anyway - I'm sure you already have your own idea anyway.

(And anyway - what did the Mayans ever give us? ...Stoopid Mayans... Then again, apart from a gloomy rock calendar that predicts the whole WORLD ending abruptly on Dec 23rd 2012, I guess, after all, they did invent Mayannaise. For that much alone, we should all be eternally grateful...)

Hi everyone! I'm currently finishing up the first book of a fantasy trilogy and can't wait to start pitching it to agents and get working on the second book. I love science fiction as much as I love fantasy and really hope to write a scifi book next! Glad to be a part of this group :)

Hello everyone. I have currently written four books, two Fantasy and two Science Fiction. I am excited to be here to meet, share and explore.

I'm currently writing a book by creating  a new world. I've started with short stories of the characters to help me define them.

How do others begin to shape their world???

HI! I'd like to get more discussion of SciFi and Fantasy going, since that is my favorite genre.  I know there are people in this group...let's start talking :) 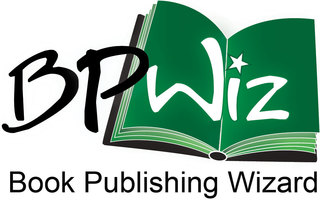