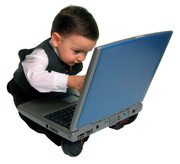 This a group for those people who are a little overwhelmed by what they think people already know. There are no silly questions. If you write you are a writer. There are things you might need to learn but it is all part of the process. If you are a newbie join this group, share your experiences and ask away. We guarantee you will find friends here.

Writers Groups --- Are they worth it?

Do you think writer's groups are worth it? Why?Is there true knowledge, insight, and a helpful critiques to be gained?  Or has your experience been that it's just a group of aspring writers that are…Continue

I'm writing a book with a disabled main character. How do I market it?

I am currently in the outlining stages of a novel titled "Wheels Of Courage."  The Protagonist of the novel is disabled. (She is in a wheelchair). The book I would like to write would fall under the…Continue

Do Agents and Acquisition Editors proactively look for good Self-Published books to fill their list, instead of wading through the slush pile in house?Continue

WHAT DO YOU WANT TO KNOW ABOUT SUCCEEDING AS A WRITING?

This is a mandatory question for anyone who actually has the nerve to want to be published.Continue

You need to be a member of New Writers to add comments!

My brother and I are first time co-authors, "Patient's Dental Handbook" scheduled for release by Tate Publishing in October.  My brother is a retired dentist having practiced for 30 years.  He had written a manuscript after taking a writing course and needless to say the manuscript was a mess.  He shared it with me and I encouraged him to perfect it and get it published.

Since he refuses to learn modern technology I became his typist and research person to locate an agent/publisher.  My brother had purchased Jeff's writer guide in 2008 and mailed it to me.  I read & digested everything I could read.  The process began...after 9 rejections (over 18 months) I located a publisher, submitted our query letter (which was more difficult to write than the manuscript) and our manuscript was accepted in October 2012.  The editing process began (took 3 months with 2 editors) and this week we will select our book cover design.  The next step (6 weeks) is waiting for the "draft/layout copy"...then the printing of 5,000 books (first run) to be released in October.

Key words for me were determination and focus...I believe in my brother and the information (intelligent treatment decisions) provided in our book.  Many times I felt like the little engine going uphill..."I think I can, I think I can..." Finally we topped the hill having our manuscript accepted...the next hill ahead is promotion and the "little engine" is beginning its climb upward.

There was never a time I wanted to give up.  There is a 19 year age difference between my brother and me.  He resides in Arizona and I live in Colorado...thus distance was a challenge.  The greatest challenge was using "snail mail" since he does not own a computer.  We scheduled 7 trips (to write/edit) away so we could focus...many times he did tell me he didn't know if he like this "sibling relationship" since we did not grow up together.  I reminded him the baby of the family generally gets their way...and we kept moving forward preparing the manuscript for a publisher.

The writing process possibly saved my brother from dying due to the fact he thought he was old and life was over...At age 82 he is more excited about reading and is thinking of writing another book of short stories.  I believe everyone has a story to write...even if it is never published.  I encourage friends to write (even a journal) and who knows the writing may one day be published.

To answer Jeff's question how does it feel to be a first time author, I would say awesome and one of the greatest "fun" challenges I've faced.  It's a joy to learn something new.  I know more today than I did 4 years ago when we began this journey.

A "silly" question...we've written "Patient's Dental Handbook"  a guide to help readers make intelligent treatment decisions with their dentist.  What do other writers think about adding a disclaimer, removing any responsibility from the authors?  My greatest concern is that the disclaimer could limit book sales.

My brother and I are "first" time authors in the process of promoting our book.

Any suggestions how to get a book review published in local newspapers?  Who is generally the editor responsible for book reviews?  Our book, "Patient's Dental Handbook" is scheduled for release by late September and I'm beginning to brainstorm pre-promotion ideas.  THANKS.

Do first time authors need to set-up a LLC if there are not plans to publish additional books? 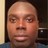 hello everyone thank you for the add!

If you have questions, you can start a new discussion above.

Do first time authors need to establish an LLC if they do not plan to publish other books?

I am new here, new to writing, well new to finishing a book. I have written things since childhood but it was participating in NaNoWriMo that got me to get from start to finish. I learned a lot in the process, and want to learn more. But everything seems overwhelming. How do I know my work is good enough to hire an agent or editor or both?

I am new to this group. New to writing and self publishing. I'm a new self-published author trying to get my book out there. Come from Portugal