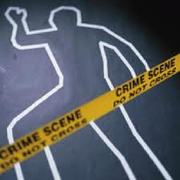 This is a group for those adrenalin junkies who write, read, represent and edit mysteries and thrillers. We will also allow true crime and murder aficionados. Not for the faint of heart. 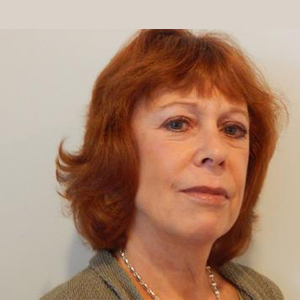 An expert on the dark corners of the heart, Freda Hansburg is a psychologist and author of the thrillers Tell on You and Shrink Rapt proudly published by Micro Publishing Media.  Co-author of the self-help books PeopleSmart, a bestseller translated into eleven languages, and Working PeopleSmart, Freda lives in the South Carolina Lowcountry, where she is working on her next novel and her Pickleball game.  www.fredahansburg.com

Freda will be answering your questions about writing in this genre and engaging you in lively discussions. We want to hear about your work and encourage you in your writing and publishing endeavors in this genre.

Watch her book trailer by following this link:

WHY DO YOU WRITE/READ THRILLERS?

Shawn Coyne, author of The Story Grid, writes that thrillers give us hope and faith.  We love them because "they reassure us that there is an order to the world and one person can make a…Continue

Has the mystery and thriller market changed in traditional publishing?

We are very curious about how writers are accessing traditional publishing these days. We…Continue

The Smart Writ Book Awards reviews have been posted. I'm so honored Desperate Measures won the mystery/thriller category and speechless reading each glowing review of my debut novel.…Continue

How many mystery writers does it take to screw in a light bulb?

Two.  One to screw it almost all the way in, and the other to give it a surprising twist at the end.Can you think of any other clever mystery writer jokes? Share them here. Continue

You need to be a member of Mystery and Thriller to add comments!

Congratulations. Hope it is a big success.

The third novel in my Malone mystery series will be released March 30th. Woo-hoo! 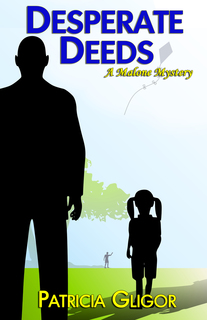 Murder in the Rockies went to the editing process today. Pretty exciting, launching time is approaching. I hope this group will be there to help out.

Murder in the Rockies will launch online in Oct. and in print in Nov. it is not too late to vote for your favorite cover for my new novel. http://www.koehlerbooks.com/2013/03/vote-the-cover-of-g-eldon-smith...

The Christian (an excerpt)

The Christian had lost track of time. He guessed the month was July, but didn’t really care. Brass kept track of things like that. Brass needed to know who was coming and going. He simply embraced the suck and survived.

Now there were four men left in Bravo-1, the Christian, Burt, Drake and Top. The others were gone. Some left in Medevac’s with glassy-eyed stares, some left screaming, some went AWOL, and others disintegrated in red-ball explosions. IED’s tend to do that to a body of flesh and blood and bones. Brain buckets and nut guards were worthless when an IED exploded under one’s foot. When a body blows straight up, it disburses like a garden sprinkler. Boots are surprisingly bomb-resistant; it’s the warm, soft matter above the boots that doesn’t take well to explosions that can punch thru armor.

The Christian lived the battle before he saw it, in murky revelation, in tales from short timers --- the single digit midgets and lifers who liked to play with a grunt’s head. The same hyperboles told by every battle-hardened soldier since the dawn of weapons and phalanxes --- from the hills above Arbela to the woods below Cemetery Ridge.

He pictured the ground in his dreams, a divination of smoldering Humvee’s and hard clay and burnt brick walls, and spent casings, and candy wrappers, and dead men on the field. Some of the visions were real, and some were grotesque abominations of reality that would only appear in nightmares.

O-dark-30 was as much an enemy as Haji on the move. Haji could be ambushed, but nightmares were indefensible.

Sleep meant a sure attack, insidious as an actual firefight, with screams for Medic and soldiers cursing and crying, and cluster bombs exploding, and men dying all around, and dark-room interrogations, and confessions to Reverend Stayton behind dark curtains, and his deceased father staring over his stretcher, arms crossed, in a blank stare, shaking his head. He’d wake bathed in sweat.....

Today is Day 2 of the Mystery We Write blog tour. Stop by and leave a comment for a chance to win one or more books.

Halloween is just around the corner. Is the Westwood Strangler lurking there too?

She couldn’t breathe. He was twisting the cord around her neck, choking her, and he was pulling it tighter and tighter. She tried to swallow and her mouth filled with a bitter, metallic liquid: blood, her blood. She gasped for air and clawed at the cord that was strangling her. She tried to kick him but she couldn’t move her legs. Her head throbbed with an almost unbearable pain and she felt light-headed.

She fought as hard as she could to stay conscious but she knew that her strength was almost gone. She squeezed her eyes shut and saw white lines that looked like flashes of lightning zigzagging back and forth, on and off. She gritted her teeth in pain. Death was closing in on her; she knew it. Was this it? Was this how her life was going to end? Please God, no, she silently prayed. Please God, help me!